Glassbond (NW) Ltd has established itself as a company that offers quality and a first class service.

In 1980, Glassbond developed a range of phenolic based thermoset moulding compounds specifically for the flat and crown green bowling market. This was followed in 1997 by the addition of Sauereisen high temperature inorganic adhesives to its portfolio.

The company has grown and developed over the last 38 years with global sales in excess of £3.5m per annum. Glassbond is now recognised as the world’s largest independent manufacturer of adhesive lamp capping cement, supplying in excess of 100 customers in over 25 countries.

Our inorganic adhesives, manufactured under licence from Sauereisen USA are sold throughout Europe via a network of dedicated agents and distributors.

Glassbond is also the world’s largest producer of bespoke thermoset materials specifically for the lawn bowl market with over 100 products and colour combinations. The moulding compounds division supplies customers throughout the UK and Australia.

With over 80% of our sales being in export markets, the growth and development of our overseas sales was recognised in 2001 by the company being granted the Queens Award for Enterprise.

Based in St Helens Merseyside, our manufacturing and warehousing facility is supported by a dedicated QC and R&D facility staffed by experts in both organic, inorganic and polymer chemistry. This research and continuous product development alongside the bespoke technical support service and our links with local universities, has kept Glassbond on the forefront of adhesive technology.

The company having being recognised by the DTI as having, in conjunction with Liverpool University, produced one of the highest quality Knowledge Partnerships Initiatives over the last 15 years in Merseyside. 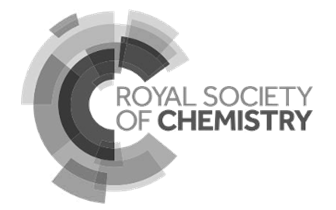